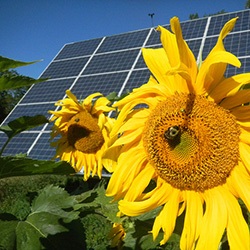 To showcase how local governments can cost-effectively participate in the clean energy revolution now sweeping across the U.S., Climate First!, in its #GoLocalCleanEnergy! campaign, proposes innovative--and often small-scale--projects to local governments in the Mid-Atlantic region.

PROJECT #1: SAFE BICYCLING BETWEEN THE CREEKS

The "Safe Bicycling Between the Creeks" project will promote safe bicycle use in an urbanized area in southeastern Montgomery County, Maryland. This part of the county, which in part borders the City of Takoma and Silver Spring, contains compact rental housing, small mostly-independent retail shops, and often-congested roads. Much of the area is centered roughly around the intersection of Flower Avenue and Piney Branch Road (MD 320) and is intersected by Sligo Creek and Long Branch.

A recent bicycle trip around "between the creeks" confirmed what we had suspected for years. There is a striking lack of amenities for safe bicycle use. For example, there are no designated bike lanes on any streets. Whether one was looking at the four-lane Piney Branch Rd, or the infamous stretch of "pot-holed" Flower Ave, neither offered much in the way of safe travel for bicyclists.

Assuming that a bicyclist makes her/his way safely to one of the businesses between the creeks, the lack of any bike racks is another disincentive to bicycling around there. We didn't find any bike racks outside of any of the myriad of small businesses in the area, a situation which led to numerous bikers resorting to locking their vehicle to inappropriate things such as a utility box or a metal fence in a landscaped area. Even when we found one old-style bike rack near a large grocery store, it was nearly totally blocked-off from use by stored shopping carts.

Unfortunately, it may not be a coincidence that this area--where the majority of residents and shoppers seem to be of Latino descent--sees so little bicycle use. If you bicycle around nearby bike-friendly downtown Silver Spring, after pedaling around between the creeks, you realize that there is likely a social justice component lurking in this issue. 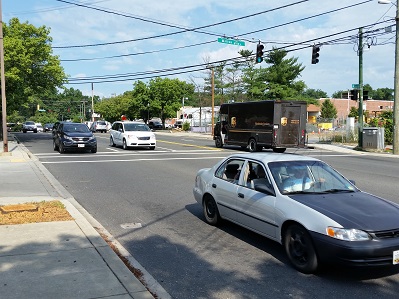 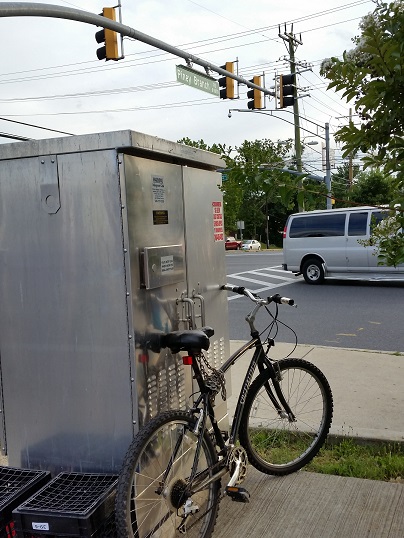 At the Intersection of Flower Avenue & University Blvd, we found a
unique "bike rack." More traditional bike racks were nowhere in sight. 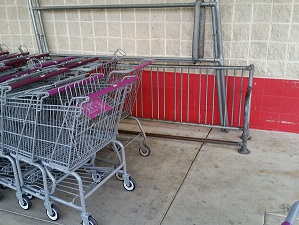 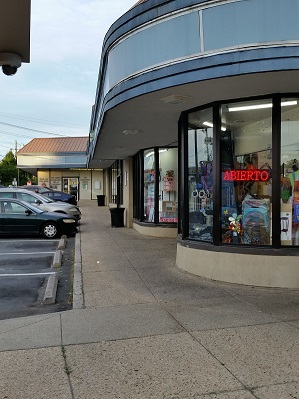 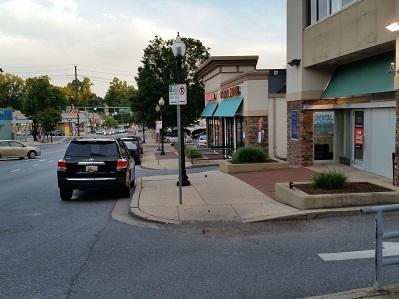 The benefits of making the area between the creeks more safe for bicycling are obvious. From reducing pollution and traffic, to improving the health of those who travel the area by bike, the quality of life in this small urbanized area will improve. Help Climate First! promote safe bicycling between the creeks in SE Montgomery County.

What's next? We are presently developing plans on how to move forward with this project, including how you can get involved. Stay tuned.