With the release of a U.N. panel's scientific report in October 2018, it was clear that the world's nations had 12 years to dramatically cut back on greenhouse gas (GHG) emissions, or face a (possible) existential crisis. Despite signing the Paris Climate Accord in late 2015, most governments hadn't taken the issue seriously enough. And now the world faced a dire situation.

When the Fossil Fuel Finance Report Card 2019 "hit the newsstands" this past March, we learned that most of the private sector banks around the world haven't been taking the impending climate crisis seriously enough either. The report, authored by Rainforest Action Network and others, found that in the three years since the Paris Climate Accord was signed, 33 private sector banks around the world invested $1.9 trillion into fossil fuel projects and companies. And not surprisingly, U.S. banks led the way with JPMorgan Chase, Wells Fargo, Citi, and Bank of America taking the top four slots in financing the climate-wrecking fuels.

In its "#DefundClimateChange" campaign, Climate First! has been confronting Wells Fargo for over two years over its investments in fossil fuel projects such as the Keystone XL pipeline. However, with JPMorgan Chase now leading, by a wide margin, all the banks in the world over the past three years in funding fossil fuel projects, we now have made JPMorgan Chase our target in this campaign. 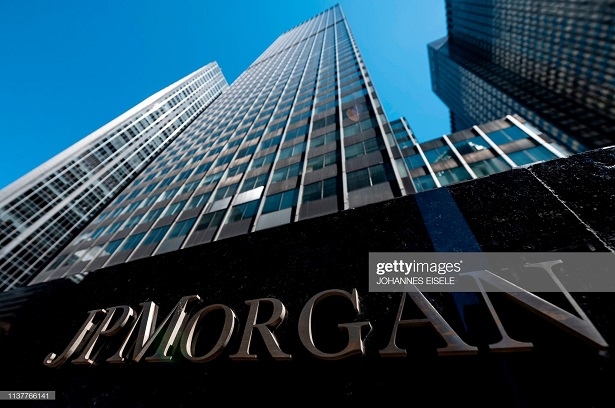 Ways to get involved in our #DefundClimateChange campaign against JPMorgan Chase:

A. Join us in our nonviolent direct actions against Chase. Our direct actions are nonviolent events where we respectfully inform employees and customers at a local Chase bank branch of our great concern with their investments in climate-wrecking fossil fuels. Civil disobedience is an activism tool that we sometimes use in our actions but only after careful planning and training.

B. Call JPMorgan Chase Chairman/CEO, James "Jamie" Dimon, using the contact information below, and stating your personal version of the following:

“I respectfully ask that JPMorgan Chase start reducing its funding of fossil fuel projects. I strongly oppose Chase's dramatic increase in financing fossil fuel projects over the past three years, since the latest climate science states unequivocally that the world's nations must start slashing greenhouse gas emissions to avoid the impending climate crisis. I ask that Chase revise its lending policies in an effort to start divesting from fossil fuels, while also increasing its investments in renewable energy. In taking such a principled stand against fossil fuels, JPMorgan Chase would be heralded as a leader in the banking world and beyond.”

C. Send an email to JPMorgan Chase CEO Dimon with your version of the above spiel using the contact information below. Or "snail mail" CEO Dimon your thoughts.

D. If you are a customer of JPMorgan Chase, contact your local bank and share your thoughts face-to-face with (or in a letter to) the branch manager.

E. Connect with JPMorgan Chase on Facebook, letting it know how you feel about its investments in fossil fuels.

Climate First! photo history: After the permit for the KXL pipeline was approved by the State Dept in 2017, Climate First! attended an emergency rally near the White House to show its resolve in opposing the project. 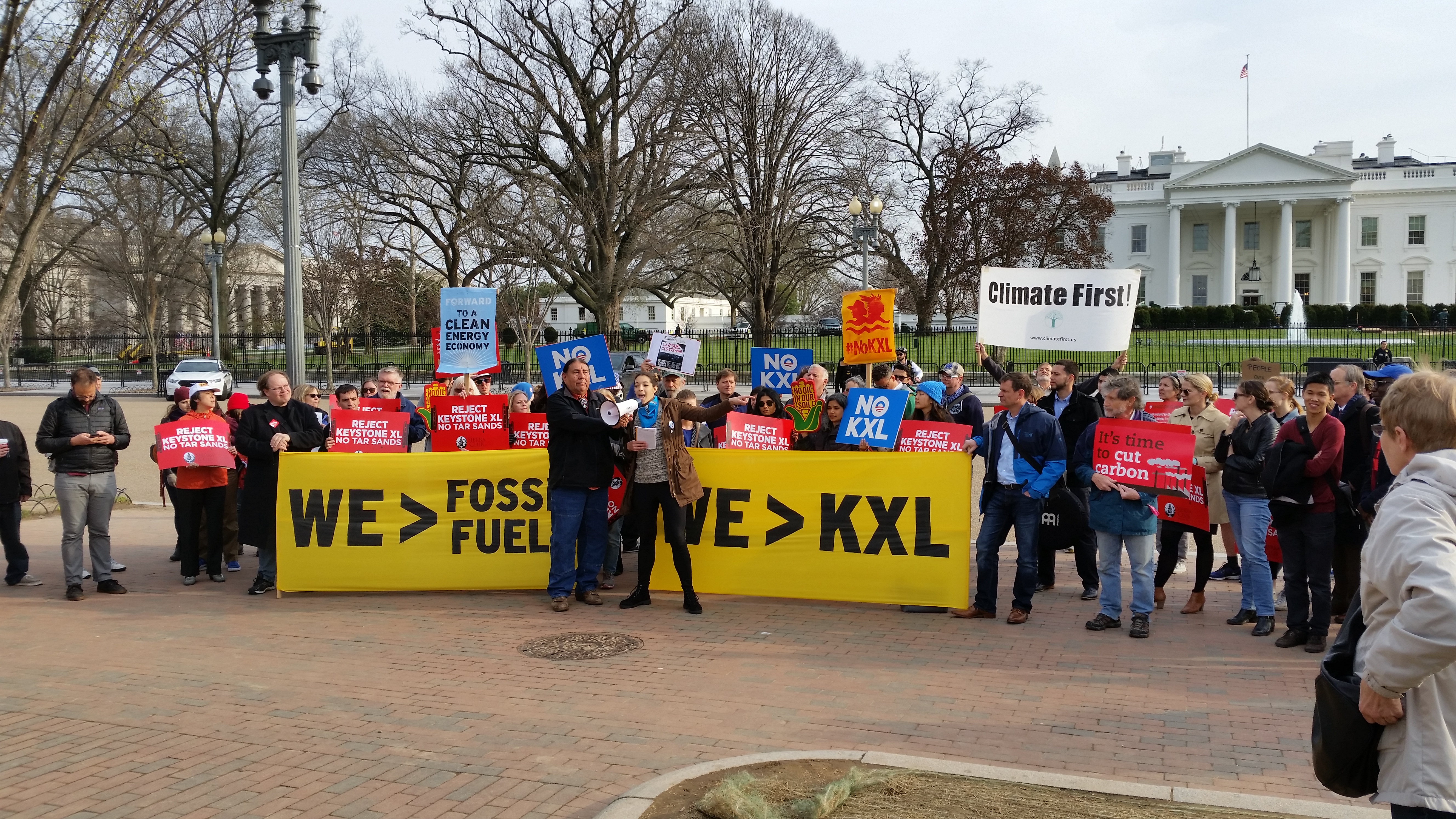