To Convince Banks to Stop Polluting, We Need Your Help!

There are only four days left in Climate First!'s "Early Summer" fundraiser. As of this afternoon, we have received donations totaling $125.00. Please give generously.

Your donation will help us continue to pressure Chase Bank, Citibank, Wells Fargo, and Bank of America--the four worse banks in the world as far as investing in climate-wrecking fossil fuels--to start thinking climate first in their decision-making. 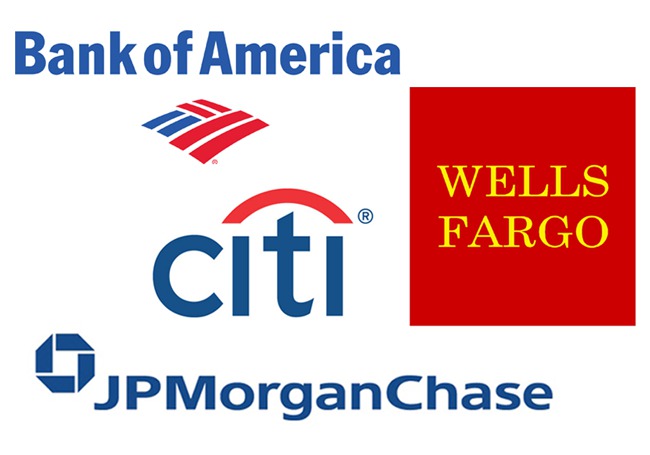 Presently, Climate First! is an integral part of the nationwide coalition called Stop the Money Pipeline (STMP), which is trying to persuade the four lenders to transition out of dirty fossil fuels and into clean renewable energy. And STMP is having some success, though admittedly a lot more work needs to be done.

Towards that, Climate First! has been ramping-up its work on STMP's Customers for Climate Justice (C4CJ) campaign. The C4CJ campaign is using the leverage that customers have over their banks--in an extremely competitive industry--to bring about change in their investment behaviors. Specifically, Climate First! and other groups have been visiting local branch managers of the banks, as well as organizing local customers of the lenders to form "teams" that will attempt to meet with regional bank managers. All the discussions that we and others around the country have had over the last six months with (low to high level) bank employees has seemingly increased internal discussions within the four banks. And it's no secret that U.S. banks over the last few years have had serious staffing issues. So the more employees that find out that their employers knowingly have had a big hand in causing the climate crisis, their staffing issues may well worsen.

That is to say, if we can convince bank customers and its lower-level employees to use the leverage they have with a bank(s), we may well be able to convince the four worse climate-polluting banks in the world to do what's right for our climate: start divesting more quickly from oil and gas investments, and invest those monies into clean energy.