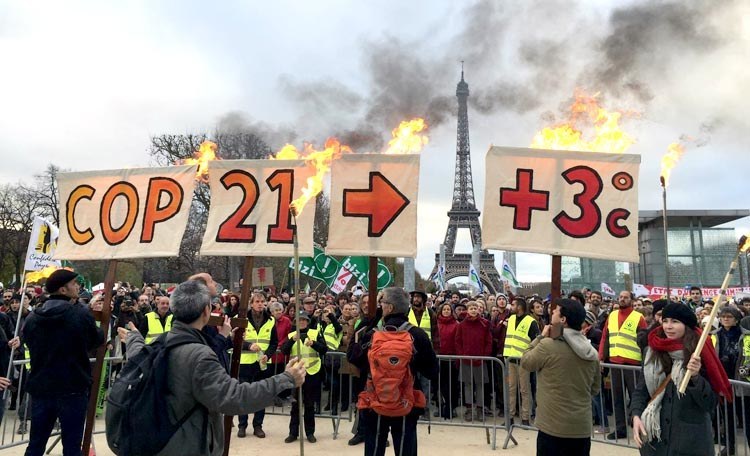 Image: A rally in Paris, France, at the conclusion of COP21

On February 19, 2021, the United States will officially re-enter the Paris Climate Accord. And that is a pretty big deal!

While the provisions in the international agreement, signed at COP21 in Paris, France, in December 2015, were never considered strict enough to save the world's climate, it was the first time that nearly every nation in the world formally agreed to address the issue. Therefore, Climate First! will commemorate the 19th day of February for the important day it is.

You can join us on Friday, Feb. 19, 2021 by posting your thoughts on social media about the U.S. rejoining the climate fight. And add the following hashtags to your post: #WeAreBackIn, #ClimateFirst. We'll try to collect all the posts, and re-post them all together. 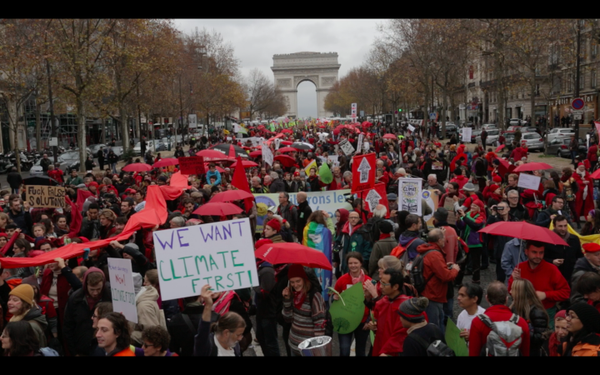