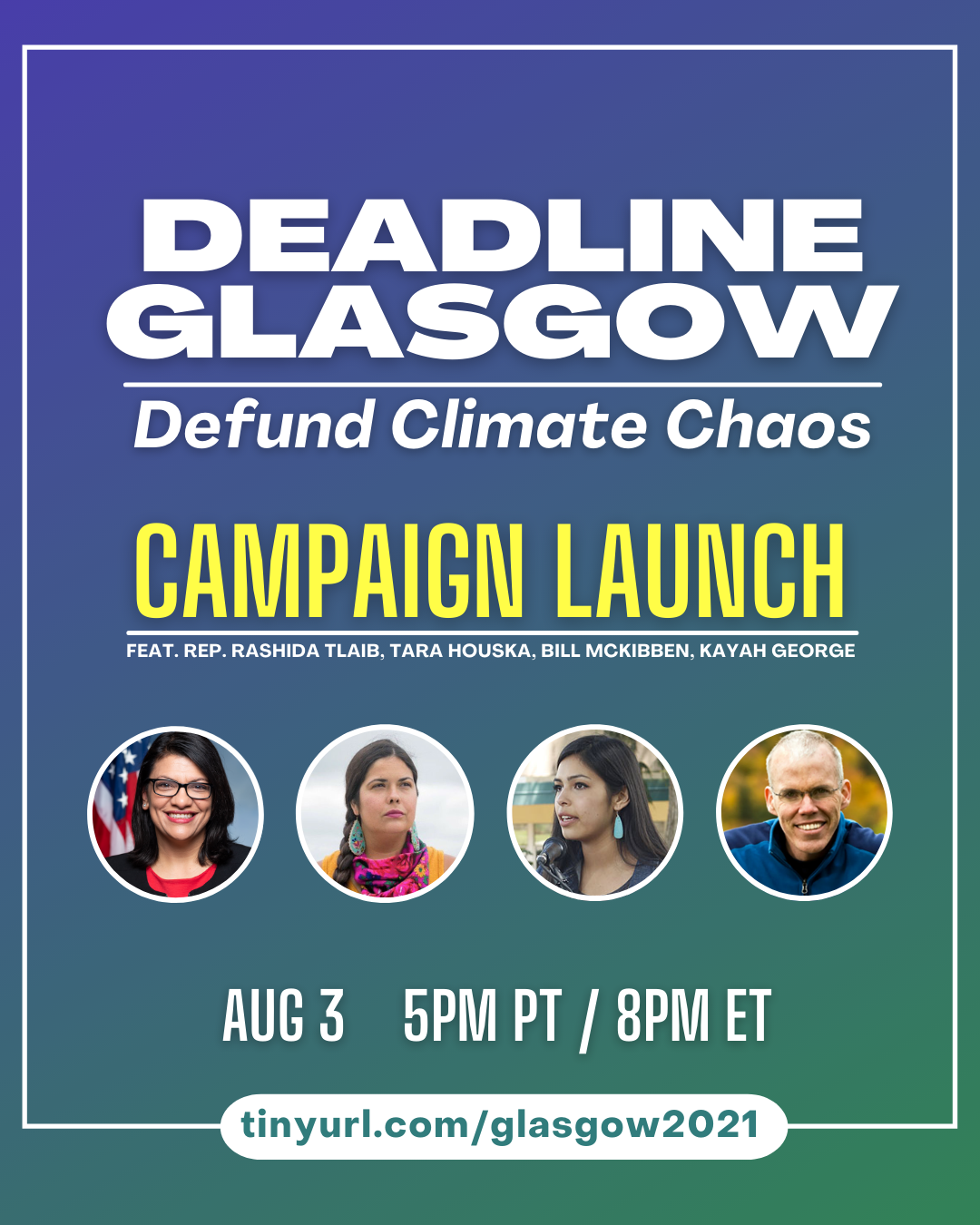 It is time for the United States to act in a major way regarding the climate crisis. Currently, much of the American west is in a historic drought, and being ravaged by forest fires. Heatwaves, sometimes record-setting, are hammering both sides of the U.S. Floods continue to inundate parts of the European continent.

While there's always been extreme weather, of course, scientists now are trying to explain why weather has been dramatically amplified in such a short period of time such that records are being shattered. And the off-the-charts disasters in the U.S. have come at a huge cost to its pandemic-recovering economy. The National Oceanic and Atmospheric Administration recently reported that "in 2021 (as of July 9), there have been eight weather/climate disaster events with losses exceeding $1 billion each to affect the United States." With a crisis seemingly threatening to spin out of control, it is critical that the world's most powerful country take big steps to mitigate a dangerously-warming climate.

Appropriately, this coming November 1st, the most important international climate talks since Paris will begin in Glasgow, Scotland. While government leaders from the U.S. and around the world will gather at the meeting and make new climate commitments, many major corporations will also release their latest plans to reduce climate-pollution emissions. The Glasgow climate talks are a historic opportunity for the world to address the growing climate crisis. When the Paris Climate Accord was signed in December 2015, nearly every nation on earth agreed to meet five years later, and “ratchet up” their climate ambition. We are now at that moment ― and it is vital that the U.S. people hold their nation's government and business leaders to their promises.

Therefore, the Stop the Money Pipeline (STMP) coalition, of which Climate First! and 160+ other groups are a part of, is asking you to join the launch of its campaign: Deadline Glasgow--Defund Climate Chaos, this coming Tuesday, August 3, 2021; 8 pm EDT. In the online gathering, the STMP coalition will share its plan to campaign hard through the November climate talks, as well as present clear steps for people concerned about the climate crisis to engage with the coalition. Speakers at the campaign launch event include Tara Houska of Giniw Collective, Kayah George of Indigenous Climate Action, U.S. Rep. Rashida Tlaib, and the one and only, Bill McKibben.

To get the Defund Climate Chaos campaign started, Climate First! is asking folks to sign a petition which requests that U.S. financial institutions and the U.S. government stop funding climate chaos by the start of the Glasgow climate talks.