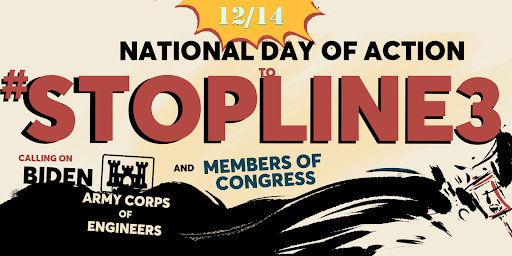 Please join in a "National Day of Action" on Tuesday, December 14, 2021, as activists gather in Washington, D.C. to call on the U.S. administration and U.S. Army Corps of Engineers (ACOE) to shut-down the climate-wrecking Line 3 pipeline. See event details below, especially the new start time.

Since the campaign to stop the expansion of the Line 3 pipeline failed to convince Minnesota's state government to oppose the recently-completed project, opponents of the pipeline are now focused on convincing: 1) the Biden administration to revoke federal permits for Line 3; and 2) the U.S. ACOE to conduct a full federal Environmental Impact Statement for Line 3. Stopping the current flow of Canadian tar sands oil in the Line 3 pipeline is critical to the health of the the world's climate because the additional emissions from the Line 3 expansion equates to building 50 new coal plants, and operating them for 30–50 years. 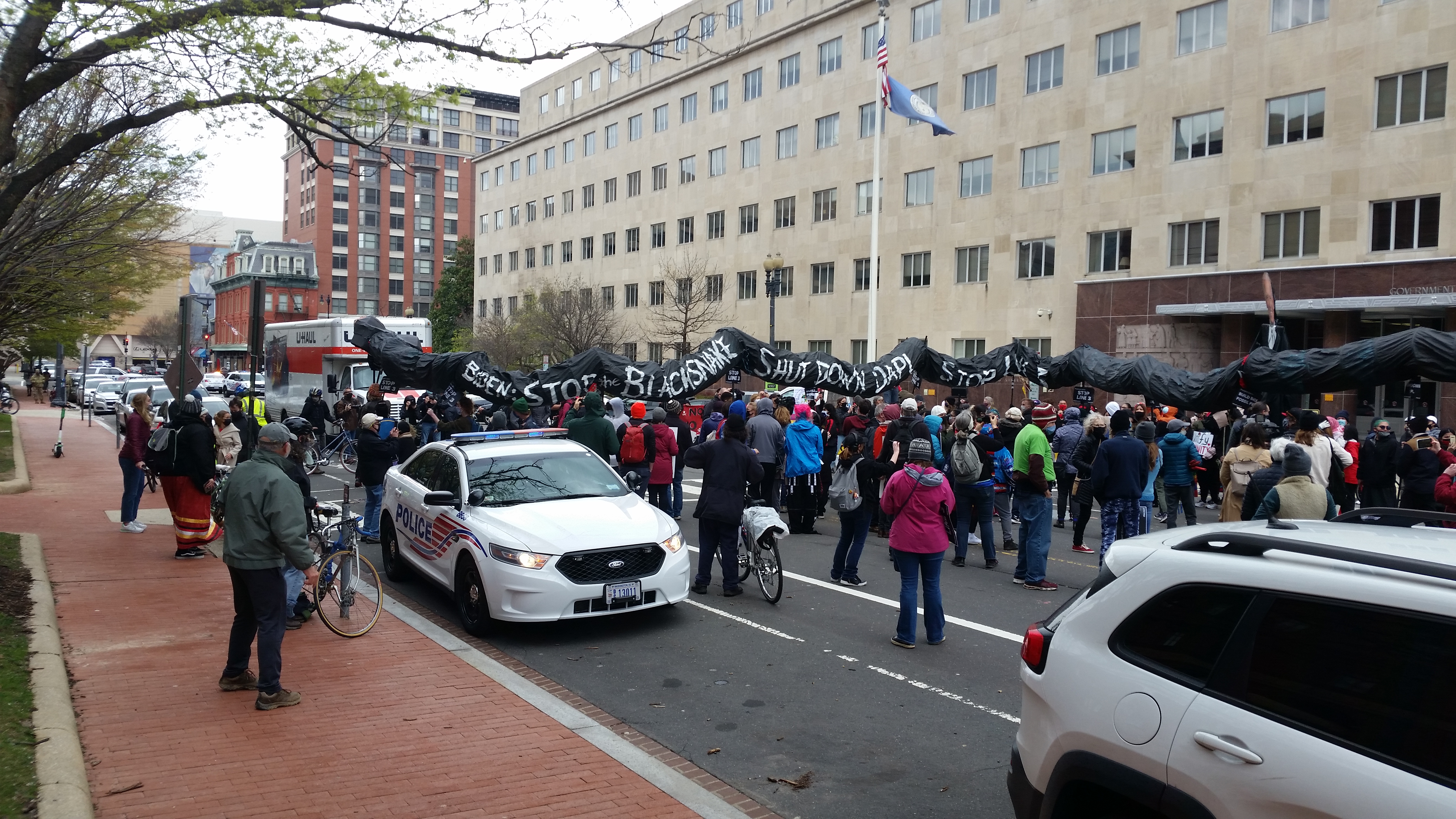 Thank you for caring about our climate.